A visit to these wonderful gardens and abbey can be added to your visit to Eastern Liguria in combination with the five land walks or S. Fruttuoso near Portofino. A wonderful classical and formal garden, with box hedges, sixteenth century fountains and plants of great botanical interest such as the secular Pepper tree, the rare pink caper, and the coral tree amongst just some of the amazing wealth of species this garden contains. Particular attention must be devoted to the imposing 500 year old wisteria in a stunning courtyard overlooking the romantic sea. The Benedictine monastery was built in 1364 on top of a steep rocky headland. It was to enjoy periods of glory and power together with dereliction and abandonment. Many great personalities of the past stayed here including the great thinker Francesco Petrarca, San Catherine of Siena, a number of Popes, Andrea Doria (whose tomb is in San Fruttuoso near Portofino) and inventor Guglielmo Marconi. The complex has been beautifully restored including the magnificent cloister and the great hall with it's ceiling decorated in the 15th century.

Visits can be arranged with at least 15 days notice. 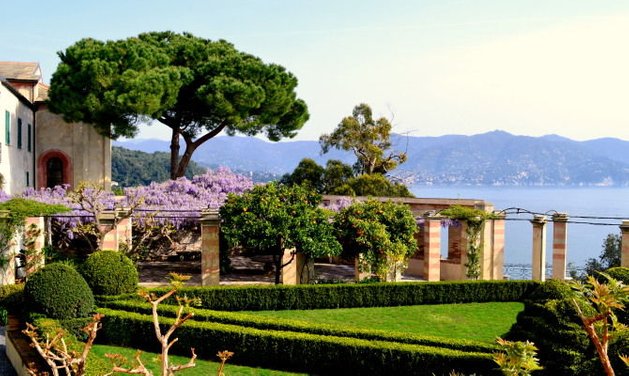 The Villa, set in a stunning park stands on a hill overlooking the gulf of Santa Margherita Ligure. The 17th century building is adorned with statues and rich paintings, tapestries, marbles, ceramics and Venetian chandeliers. It is enchanting to walk through these majestic rooms in the footsteps of the noble owners of the past: De Ferrari, Borzone and Piola are some of the great artists from the past whose precious canvases you can admire. You feel a magical sense of splendour outside too in the magnificent park that surrounds the house. The English wooded area, a small citrus grove, and the Romantic zone are some of the picturesque highlights. This garden is also twinned with the spectacular Hanbury Gardens of la Mortola on the opposite side of the Riviera.

The Park is open all year round. 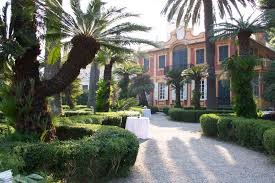 These beautiful gardens at la Mortola, close to the French border were founded in 1867 by Sir Thomas Hanbury, assisted by his brother Daniel who created his garden of exotic plants which came from all parts of the world. A Philanthropist and a Quaker, Thomas Hanbury until his death in 1907, helped the local population in every possible way. His great interests in the botanical world encouraged him to donate some land near London were the famous Wisley gardens were founded.

The Hanbury gardens were sold to the Italian State in 1960, and are presently managed by the University of Genoa. Perched on an unspoilt promontory, on 18 Hectares, the gardens enjoy amazing views of the blue Mediterranean below and glorious panoramas of both the Italian and French coastlines. You will find architectural delights at every corner, with echoes of distant China in many parts, a legacy of Sir Thomas' journeys as a tea merchant. His mausoleum lies in the centre of the property constructed in a beautiful Moorish style. The vast collection of Agave and Cactus is really impressive, with huge mature specimens, as is the Australian and the cycad zone. The gardens are crossed by the wonderful ancient Roman road were Popes and Emperors have trodden it's cobbles. Lorenzo your guide is a special member of this amazing and unique garden and clients have the rare privilege to visit the interior of the beautiful villa in it's grounds (otherwise closed to the public). Inside you will find rare paintings and valuable period furniture. Marble of different tones beautifies all the floors and fittings. On the top floor there is an amazing veranda-balcony with stunning views and a well preserved fresco depicting an epic battle in Pavia.

Open all year except Monday. 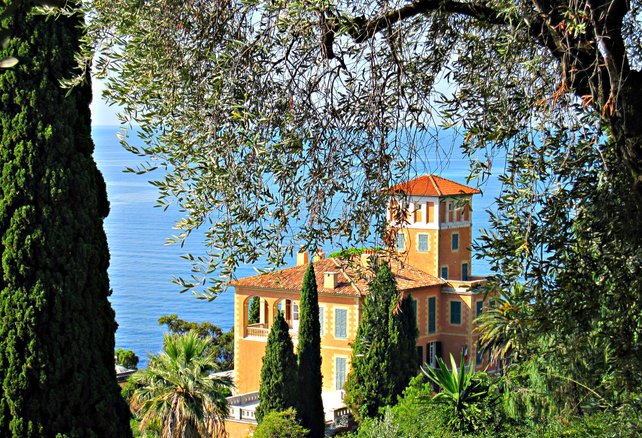 Near Bordighera are the Giardinio Esotica Pallanca (Pallanca Exotic Gardens) - a massive and horticulturally significant collection of cacti, stretching over a slope of sandstone on the southern-most tip of the ancient Monte Nero volcano. A private garden, founded in 1910 and containing over 3000 species, the garden is divided into a number of zones representing the country or region of origin of the plants there. A wide variety of small potted cacti are available for sale.

This was the residence of the famous Alfred Nobel after which the "Nobel Prize" was founded. The illustrious Swedish scientist chose to live in the mild climate of Sanremo because of ill health. The exterior of the villa looks like a rich tapestry - it displays various architectural elements enriched by many decorative features. It has been only recently beautifully and painstakingly restored, and the splendour of the past has finally returned. It is also surrounded by a manicured park with exotic plants and it is possible to view where Alfred Nobel conducted his experiments with dynamite by the sea pier. Inside we can visit the laboratory where he carried a lot of research. Also a multimedia room with period screenings of the mid 19th century and a whole area showing a list and description of each Nobel Prize winner since the start. 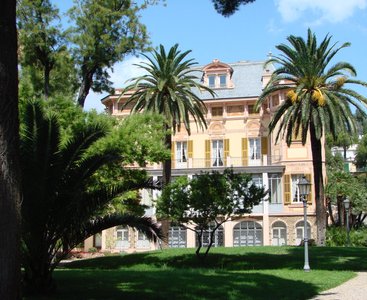 This is the nucleus of old Imperia, perched high on the hilltop with lovely views of the sea below. The fabric of the old town is medieval, yet very well preserved and restored. Of particular importance, Palazzo Pagliari and the cloisters of the monastery of San Chiara. Lovely old cobbled alleyways, churches and small piazzas make this a fascinating place to visit and capture the past.

Can be visited all year round due to the mild conditions 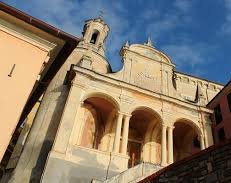 Imperia became the town of Adrian Wettach's heart - an amazing entertainer and artist who was sought after by kings and governors across the whole of Europe in the early 20th century. In 1951 he created his own travelling circus with which he travelled to every European city. Bewitched by the beauty of western Liguria, in 1927 he bought a large plot of uncultivated land overlooking the sea. In just a few years he built a villa with fifty rooms, rich in marbles and precious decorations, called "Villa Bianca" after his adopted daughter. The building is an amazing and

imposing mixture of Persian, Baroque, Art Nouveau and Rococo elements. It is surrounded by a garden equally bizarre in design. In 1959 after the death of the great artist, who spent the last years of his life there, Villa Bianca went into decline. In 1975 his daughter sold the entire property. The villa, which has recently been acquired by the Province, and is undergoing careful restoration to return it to the town and it's people - the grounds are already looking superb (see the photos, added August 2006). 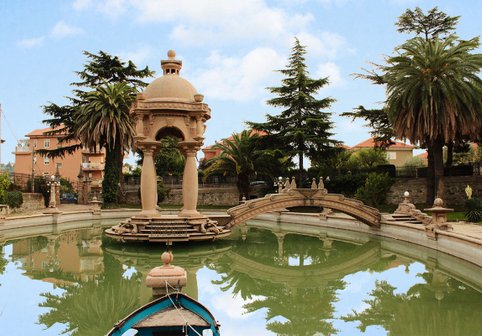 Valloria - The Village of the Painted Doors

A charming village nestling in the olive groves of the Prino Valley close to Imperia. From being an anonymous village, it has become an open picture gallery thanks to an imaginative idea of using the doors of houses as if they were canvasses. A project that has allowed the village to welcome more than 72 works of art painted over the years by well known artists that have earned the village the title "The Painted Village of Italy". Valloria is a maze of ancient alleyways, an incredible open air art gallery that can be visited free every day of year. 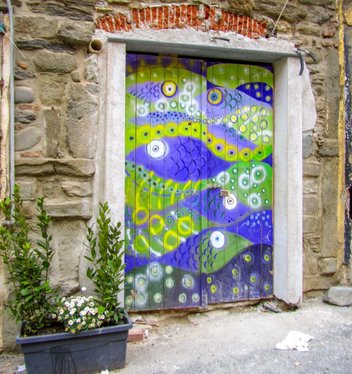 Situated just a few hundred meters from the sea, Villa Garnier is a stunning white building nestling amongst palm groves and is now run by an order of nuns. With its interesting portico and hallway full of object d'art, the villa is surrounded by lovely exotic gardens. The famous French architect Charles Garnier designed the Paris and Monte Carlo opera houses. The building, construction of which started in 1871, stylises with its high bell tower the whole panorama around the Arziglia area of Bordighera.

Visits are arranged by appointment.